What is Doppler effect? 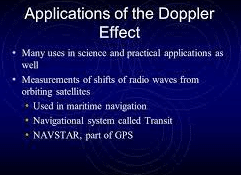 “The apparent change in the frequency due to relative motion between source and observer is known as Doppler effect.”
When a listener is in motion toward a stationary source of the sound, the pitch (frequency) of the sound heard is higher than when the listener is at rest. If the listener is in motion away from the stationary source, a lower pitch is heard. We obtain similar results when the source is in motion toward or away from a stationary listener. The pitch of the whistle of a locomotive or the siren of a fire engine is higher when the source is approaching the hearer than when it has passed and receded.

In a paper written in 1842, Christian Johann Doppler (1803 – 1853, Austrian) called attention to the fact that the motion of the body and the observer. This Doppler effect, as it is called, applies to waves in general. Doppler himself mentions the application of his principle to sound waves. An experimental test was carried out in Holland in 1845 by Buys Ballot, “using a locomotive drawing an open car with several trumpeters.”

An important phenomenon observed in waves is the Doppler effect. This effect shows that if there is some relative motion between the source of waves and the observer, An apparent change in the frequency of the waves is observed.

There are four possible cases to discuss the Doppler effect.

Case 1:When observer moves towards the stationary source of sound:

Now the number of waves received in one second or changed frequency νA is given by: 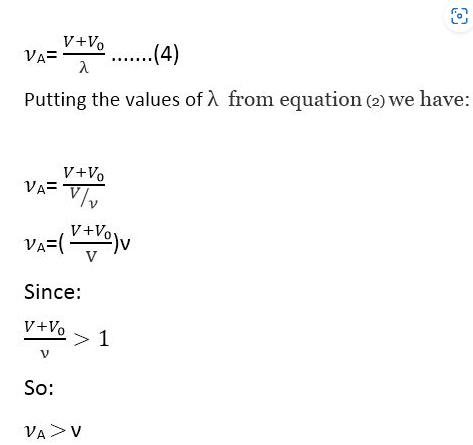 Thus the pitch of the sound increases.

Case 2:When observer moves away from the stationary source of sound:

If the observer moves towards the source with a velocity V0. The relative velocity of the waves and the observer is:
V – V0.
Now the number of waves received in one second or changed frequency νB is given by: 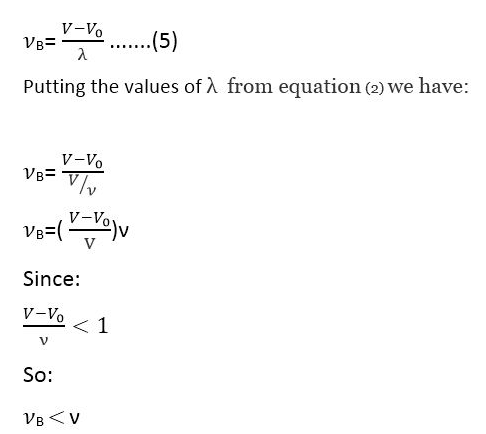 Thus the pitch of the sound decreases.

Case 3:When source of sound moves towards the stationary observer:

Suppose the source of sound waves is towards the stationary observer with velocity V0 . Now in one second, the waves are compressed by an amount known as Doppler shift represented by Δλ, so:

The compression of waves is due to the fact that the same number of waves are contained in a shorter space depending upon the velocity of the source. The wavelength for the observer is then: 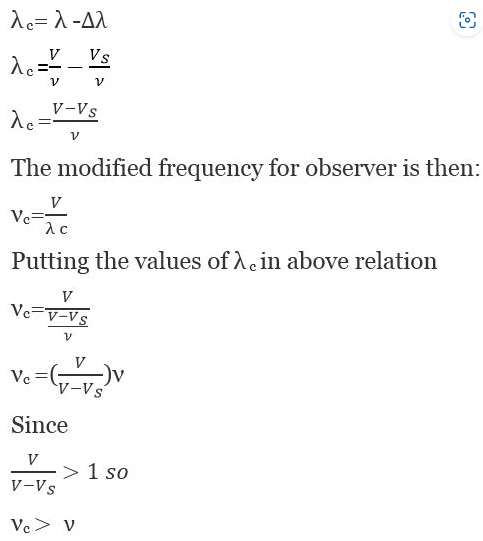 Thus the pitch of the sound increases.

Case 4:When source of sound moves away from stationary observer:

Suppose the source of sound moves with velocity Vs away from the stationary observer. Now the modified frequency of the sound waves heard by the observer will be: 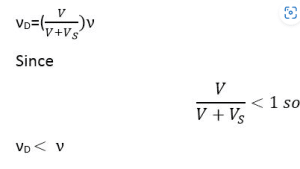 Thus the pitch of the sound decreases.

In sonar “Doppler detection” relies upon the relative speed of the target and the detector to provide an indicator of the target speed. It employs the Doppler effect, in which an apparent change in frequency occurs when the source and the observer are in relative motion to one another. Its known military applications include the detection and location of submarines, control of antisubmarine weapons, mine hunting and depth measurement of sea.

See also video of Doppler effect and its applications:

For related Topics visit our page: Sound and oscillations

Difference between Tsunami and tidal wave