A resistor is an electrical component with a known specific value of resistance. It is probably the most common component in all kinds of electronic equipment ranging from a small radio to a color television receiver. Fixed Resistors and Variable resistors are the two main types of resistors.
As its name suggests, a resister resists or opposes the flow of current through it. Resistance is necessary for any circuit to do useful work. In fact, without resistance, every circuit would be a short circuit!

Some of the common uses of resistors are:

The two main characteristics of a resister are its resistance and power rating. Resistors can be connected in the circuit in either direction because they have no ‘polarity’.

Types of resistors and their applications

Resistors are mainly of two types and can be either of the fixed or variable value.

Another type is called a metal thin film resistor.

They are constructed from a long fine wire(usually nickel-chromium wire) wound on a ceramic core. The length of the wire used and its resistivity determines the resistance of the unit. The wire is bare but the entire assembly is covered or coated with a ceramic material or special vitreous enamel.

Such resistors are generally available in power ratings from 5 W to several hundred watts and resistance values from 1 Ω to 100 k. These can be of either a fixed value or variable type. Wire wound resistors are used where:

(a): Large power dissipation is necessary

(b): Precise and stable resistance values are required for meter shunts and multipliers

They are made of finely divided carbon mixed with a powered insulating material in suitable proportion. Often, the resistance element is a simple rod of press carbon granules which is usually enclosed in a plastic case for insulation and mechanical strength. The two ends of the carbon resistance element are joined to metal caps with leads of tinned wire for soldering its connections into a circuit.

Such resistors are available in power ratings of 1/10,1/8,1/4,1/2,1,2 watt and in resistance values ranging from 1 Ω to 20 MΩ. Where power dissipation is 2 W or less, such resistors are preferred because they are smaller and cost less . Carbon resistors with a power rating of 1 W or less are most common in electronic equipment.

They consist of a high-grade ceramic rod or core (called the substrate) on which is deposited a thin resistive film of carbon. They are cheaper than composition resistors.

They consist of a thin carbon coating fired on to a solid ceramic substrate. The main purpose is to have more precise resistance values and greater stability with heat. Very often, they are made in a small square with leads to fit into a printed circuit board.

They are also referred to as thin-film resistors. They consist of a thin metal coating deposited on cylindrical insulating support. The high resistance values are due to the thinness of the film. Because it is difficult to produce films of uniform thickness, it is not possible to control their resistance values accurately as in the case of wire wound resistors. Such resistors are free of troublesome inductance effects so common in wire wound resistors, particularly at high frequencies.

The power rating of a resistor is given by the maximum wattage it can dissipate without excessive heat. Since it is current which produces heat, power rating also gives some indication of the maximum current a resistor can safely carry. If the current exceeds this value, more heat will be produced than can be carried safely and the resistor will burn out, A 1/2 watt resistor, for example, can dissipate 1/2 watt of heat without damage various a 1 W resistor can throw off twice as much heat. In a circuit, you may substitute a 1-watt resistor of the same resistance value for a 1/2 watt resistor but not vice versa.

The physical size of a resistor is no indication of its resistance through it thus give some indication of its wattage rating. For a given value of resistance, the greater the physical size, the higher the power rating. Also, higher wattage resistors can operate at higher temperatures, moreover, a higher power rating allows a higher voltage rating. This rating gives at the highest voltage that may be applied across the resistor without internal arcing.

BY tolerance is meant the possible variations from the nominal or marked resistance value of a resistor. It means that actual resistance of the resistor may be greater or lesser than its indicated value. All resistors are manufactured and sold with a specified tolerance.For example, a 1000 Ω resistor with a tolerance of 10 % will have an actual resistance anywhere between 900 Ω and 1100 Ω i.e 100Ω more or less than the rated value.

How does a variable resistor work?

The variable resistor used to control current is called a rheostat.

Gauss’s law and its applications 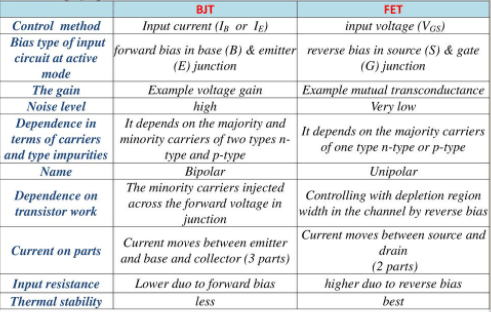 Difference between electric potential and potential difference in tabular form