What is the formula of Electric flux?

It is denoted by the Greek letter Φ.

Where θ is the angle between E and A. It is a scalar quantity.

Its SI unit Nm²/c.The below figure shows electric flux through a surface normal to E. 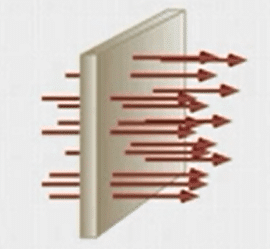 When is Electric Flux Maximum?

Consider a certain area A is held perpendicular to the field lines E but the direction of A is parallel to E  as shown in the figure below. 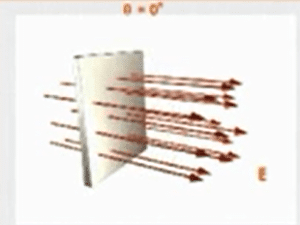 In this case, the angle between E and  A is O°

When is electric flux zero?

If the area is held parallel to the field lines E, shown in the figure below 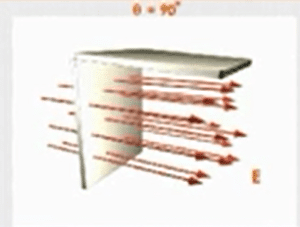 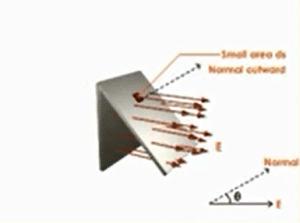 In this case, we have to find the projection of area A which is perpendicular to the field lines. The area of this projection  is
Acosθ.The flux Φ in this case is

Where θ is the angle between the field lines and normal to the area.

Difference Between Voltage and Current

Hall effect and its applications in semiconductors

What are some Examples of Electrical energy?