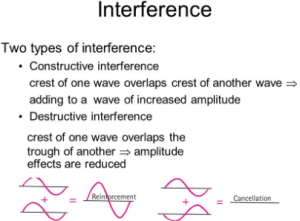 What is Constructive interference?

When two light waves superpose with each other in such a way that the crest of one wave falls on the crest of the second wave, and the trough of one wave falls on the trough of the second wave, then the resultant wave has larger amplitude and intensity. Such type of interference is called constructive interference. Some of its effects are:

What is Destructive Interference?

In destructive interference When two light waves superpose with each other in such a way that the crest of one wave coincides with the trough of the second wave, then the amplitude and intensity of the resultant wave become zero.

Some of its effects are:

In order to observe the interference of light waves, the following conditions must be met.

The interference of light can be described by Young’s double-slit experiment. Young’s experiment provided the first conclusive proof of the wave nature of light.

Consider plane waves incident on two slits separated by distance d as shown in the figure. The light waves from these two slits combine at a point P on the screen which is at a distance D from the two slits. 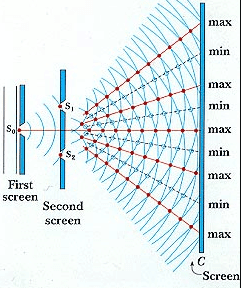 Superposition of these waves produces a series of bright and dark fringes that are observed on the screen. If the waves arrive at the screen in such a way that at some points crests fall on crests and troughs fall on troughs then a bright fringe is seen on the screen due to constructive interference. 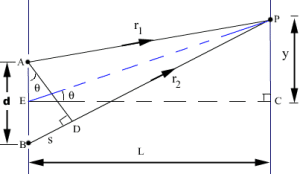 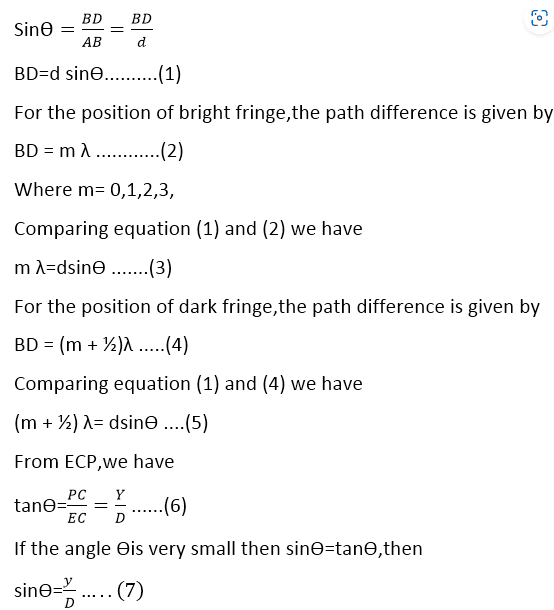 Related topics in our websites are given below in the list:

Difference between Reflection and refraction in tabular form

How many types of spherical mirrors are in optics?