What is ampere’s law?

According to Ampere’s law “The line integral of magnetic field B along a closed path due to current is equal to the product of the permeability of free space and the current enclosed by the closed path”.

Mathematically it is expressed as:

i=current flowing through the conductor. 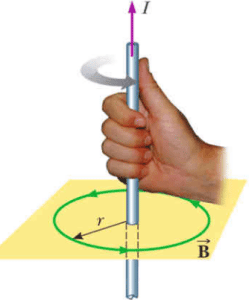 Where is the length of the path called the circumference of the circle?

Divide the circle representing the magnetic field line into a large number of small elements each of length dl. The quantity B.dl is calculated for each element as: 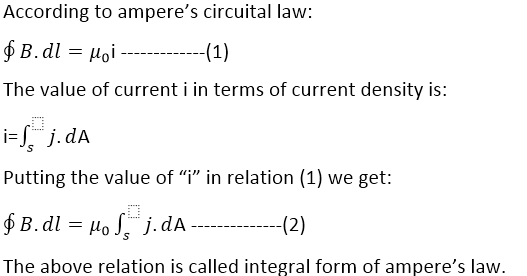 Since the integral form of ampere’s law is: 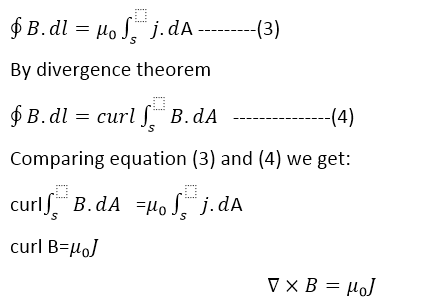 The above relation is known as a differential form of ampere’s circuital law.

In order to calculate the value of magnetic field B inside the solenoid using ampere’s law, we consider a closed path abcda in the form of a rectangle. This closed path is known as the Amperian path, as seen in the figure.
Let this path be divided into four elements of lengths as:

Such that the sum of dot product of magnetic field and length of the element is:

As L1 is parallel to the magnetic field lines inside the solenoid, therefore, θ=0°

and L3 lines outside the solenoid where the field is weaker,i.e B=0

Put all these values in equation (1) we get:

According to the Ampere’s law

If N is the number of turns of coil then

And if “n” is the number of turns per unit length,then

What are some applications of a step up and step down transformer?

Difference between Fuse and Circuit Breaker

Inductance of a solenoid derivation