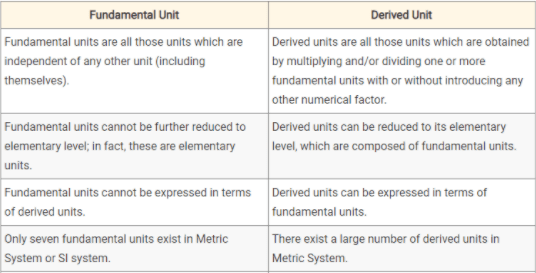 Units
The fixed and definite quantity taken as the standard of reference with which other quantities of the same kind are measured is defined as a “unit”.

Difference between Pressure and Stress