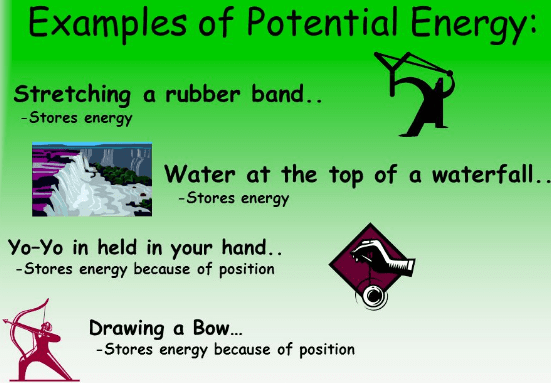 Explanation of P.E
When a diver jumps off a high board into a swimming pool, he hits the water moving pretty fast, with a lot of kinetic energy. Where does that energy come from? The answer is that gravitational force (his weight) does work on the diver as he falls. The diver’s kinetic energy-energy associated with his motion-increases by an amount equal to work done.
However, there is a very useful alternative way to think about work and kinetic energy. This new approach is based on the concept of potential energy, which is the energy associated with the position of a system rather than its motion.
In this approach, there is gravitational potential energy even while the diver is standing on the high board. Energy is not added to the earth-diver system as the diver falls, but rather a storehouse of energy is transformed from one form  (potential energy) to another (kinetic energy) as he falls. And also we will see how the work-energy theorem explains this transformation.
If the diver bounces on the end of the board before he jumps, the bent board stores the second kind of potential energy called elastic potential energy. We will discuss the elastic potential energy of simple systems such as a stretched or compressed spring. (An important third kind of potential energy is associated with the positions of electrically charged particles relative to each other.)
We will also prove that in some cases the sum of a system’s kinetic and potential energy, called the total mechanical energy of the system, is constant during the motion of the system. This will lead us to the general statement of the law of conservation of energy, one of the most fundamental and far-reaching principles in all of science.

Some common Potential Energy examples in real life are given below:

When we stretch a rubber band or lift a stone to some height, energy is stored in these objects. This energy is called potential energy.

A brick on the ground cannot do any work. But when we raise the same brick, energy is stored in these objects. This energy is called potential energy.

The energy in the wound-up spring of a toy car is potential energy. This energy can cause a toy car to move.

When we put a stone in the sling of a catapult and stretch its rubber, potential energy stored in it. This energy can throw away the stone. Similarly, the water stores in the dam have potential energy.

When we fill a balloon, we are forcing gas to remain in a delimited space. The pressure exerted by this air stretches the walls of the balloon. When we finish filling the balloon, the system stands still. However, the compressed air within the balloon has a large amount of potential energy. If a balloon explodes, this energy is converted into kinetic and sound energy.

While suspended, it has potential gravitational energy, which will be available as soon as it is disconnected from the branch.

The parrot has suspended in the air thanks to the effect of the wind. If the wind stops, its potential gravitational energy will be available. The kite is generally taller than the apple on the tree branch, that is, its gravitational potential energy (weight per height) is higher. However, it falls more slowly than an apple. This is because air exerts a force opposite to gravity, which is called “friction.” As the skipjack has a larger surface area than the apple, it suffers a greater friction force when falling.

The roller coaster mobile phone gets its potential energy as it rises to the peaks. These spikes function as unstable mechanical balance points. To reach the first highest peak, the cell phone must use the power of its motor. However, once at the top, the rest of the trip is done thanks to potential gravitational energy, which can even make it climb to new peaks.

A simple pendulum is a heavy object attached to an axis by an inextensible wire (which keeps its length constant). If we locate the heavy object two meters high and let it go, on the opposite side of the pendulum it will reach exactly two meters high. This is because its potential gravitational energy leads it to resist gravity to the same extent that it was attracted to it. The pendulums eventually stop due to the friction force of the air, never due to the force of gravity, as this force continues to cause motion indefinitely.

Inside a battery, there is a certain amount of potential energy that is activated only by the bonding of an electrical circuit.

The elastic energy potential has to do with the property of the elasticity of matter, which is the tendency to regain its initial shape abruptly after having been subjected to deformation forces greater than its force. This abrupt movement is the one that operates on the springs, which are compressed and decompressed or gives meaning to old weapons of war, such as catapults, or bows that shoot arrows.
In this last example, the potential elastic energy reaches its maximum level as the arch is tightened by pulling the elastic fiber, slightly bending the wood, but still with a speed equal to 0. The next moment, the potential energy is it becomes kinetic and the arrow is thrown forward at full speed.

This type of potential energy is defined on the basis of the gravitational pull of the earth or between masses of different magnitudes located close to each other. These masses can be those of the sun and orbiting planets, or those of a roller coaster when it reaches the top of the hill.
In this last example, the potential energy that the Earth’s gravitational pull accumulates in the car reaching the top is as large as possible on its planned route and is then transformed into kinetic energy to release the car as it falls onto the rails. At this point of maximum energy accumulation, its speed will be 0 and there will be no movement.

In terms of electricity, the concept of potential energy also applies, especially when it comes to electrical circuits (where electricity is conserved) or current storage methods, which can be converted to other forms of energy, such as kinetics. , thermal or light, given the enormous versatility of electricity.
The electric potential is calculated through the energy of the electrostatic potential, which can be repulsive (if the charges are the same) or attractive (if they are of a different signal), giving rise to positive or negative potential energy, as the case may be.

Difference between Vectors and Scalars 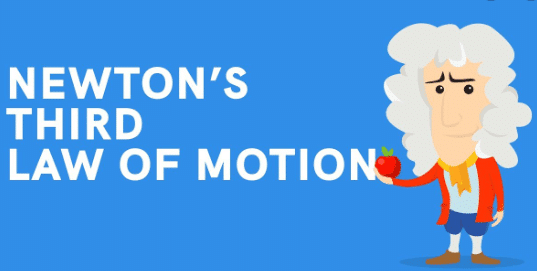