A stopwatch is used to measure the time interval of an event. It is a kind of watch that stands out for the accuracy and precision with which it can measure the time of an event. It works by pressing a start button and then stopping it. It is also known as a chronometer and is used to measure fractions of time, usually short and accurately. Basically there are two types of stopwatch, Digital stopwatch, and Analog stopwatch.

Who invented the stopwatch

In the early nineteenth century, a Swiss watchmaker named Louis Berthoud first developed a chronometer for the first time. His invention came about because he was able to perfect the string system.
Although there are versions that maintain that the also Swiss watchmaker George Graham, who lived between 1673 to 1751, had already used the term chronometer. In this case to refer to a mechanism with the similar operation of a small portable pendulum clock.
It is necessary to mention that before the appearance of Louis Berthoud’s chronometer, similar measuring instruments existed. These were used by sailors and were developed in the years 1763 to 1761. In most modern history, the wristwatch was designed by the Rolex watch house in 1910.

How a stopwatch works

The operation of a stopwatch is to accurately count the time of an event. The timers are easy to use, to start the count you must press a start button. Once the event is over, time stops on the stop button.
The time covered by the recorded event will be displayed on the face of the wristwatch, as well as other common data, such as time and date. You can restart the stopwatch to count another event or event. There are wristwatches that have a chronometer, but there are also models that can be hung on the neck or carried in the pocket.

How to read Digital stop watch?

It is commonly used in laboratories, it can measure a time interval up to 0.01 second. It starts to indicate the time lapsed as the start/stop button is pressed. As soon as the start/stop button is pressed again, it stops and indicates the time interval recorded by it between the start and stop of an event. A reset button restores its initial zero settings.

How to read analog or Mechanical stopwatch?

A mechanical stopwatch can measure a time interval of up to 0.1 seconds.It has a knob that is used to wind the spring that powers the watch. It can also be used as a start-stop and reset button. The watch starts when the knob is pressed once. When pressed the second time, it stops the watch while the third press brings the needle back to zero.

Some other Types of Stopwatches

Stopwatch types are related to how time is divided and the ability to measure smaller and smaller fractions of time. It is from the needs of each one that the best choice will emerge.
Those who want to measure a 100m level run (less than 10 seconds) will not use the same as those who need to measure a tennis match (sometimes more than 3 hours). So…

Difference between Pulsar and quasar

Difference between force and pressure 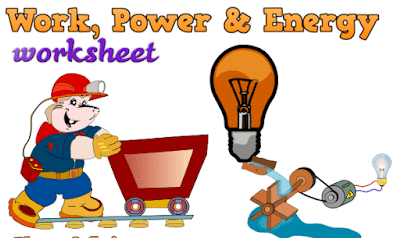