What is centripetal force? 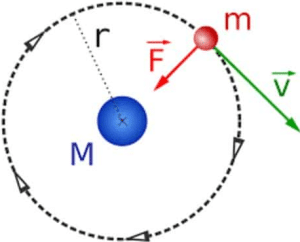 Consider an object of mass “m ” moving in a circle of radius “r” with constant speed “v” .The centripetal acceleration “ac” of the object is given as: 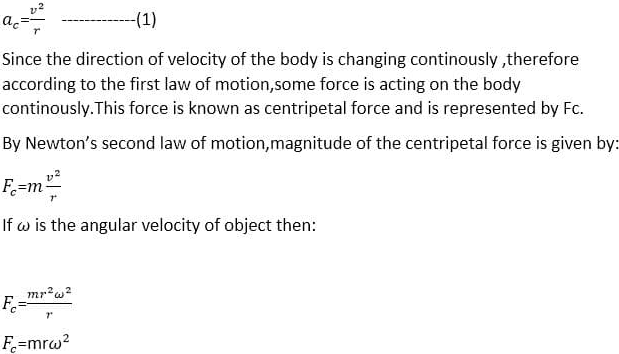 On which factors centripetal force depends?

There are some applications of centripetal force in our daily life which are given below: 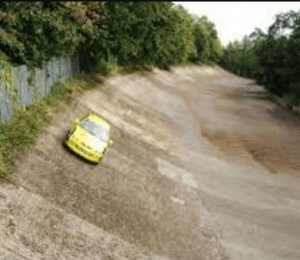 When a car takes a turn, the centripetal force is needed to keep it in its curved track. The friction between the tires and the road provides the needed centripetal force. The car would skid if the force of friction between the tires and the road is not enough particularly when roads are wet. This problem is solved by the banking of curved roads. Banking of a road means that the outer edge of a road is raised. Imagine a vehicle providing the necessary centripetal force while taking a turn. Thus banking of roads prevents the skidding of vehicles and makes driving safe.

Washing machine dryer:
The dryer of the washing machine is a basket spinner. It has a perforated wall having a large number of fine holes in the cylindrical rotor. The lid of the container is closed after putting wet clothes in it. When it spins at high speed, the water from wet clothes is forced out through these holes due to a lack of centripetal force.
What is a Cream separator?
Most modern plants use separators to control the fact of various products.
How do we separate cream from milk?
A separator is a high-speed spinner. It acts on the same principle as centrifuge machines. The bowl spins at a very high speed causing the heavier contents of milk to move outward in the bowl pushing the lighter contents inward towards the spinning axis. The cream is lighter than other components in milk. Therefore, skim milk which is denser than cream is collected at the outer wall of the bowl. The lighter part of the cream is pushed towards the center from where it is collected through the pipe.

What is centrifugal force? 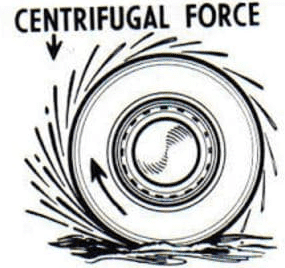 Value of Acceleration due to gravity