So if you want to learn Motion and Type of Motion, You’ll love this post.
Let’s dive right in.

What is motion in Physics?

Surroundings are the places in their neighborhood where various objects are present. The state of rest or motion of a body is relative.
For example, a passenger sitting on a moving bus is at rest because he is not changing his position with respect to other passengers or objects on the bus. But to an observer outside the bus, the passengers and the objects inside the bus are in motion.
Therefore we can define rest as “A body is said to be at rest if it does not change its position with respect to its surroundings.
We live in a universe of continual motion. In every piece of matter, the atoms are in a state of never-ending motion. We move around the Earth’s surface, while the earth moves in its orbit around the sun. The sun and the stars, too, are in motion.
Everything in the vastness of space is in a state of perpetual motion. Every physical process involves the movement of some sort. Because of its importance in the physical world around us. It is logical that we should give due attention to the study of motion. Motion is commonly described in terms of:

How many types of motion in physics?

If we observe carefully, we will find that everything in the universe is in motion. However, different objects move differently.
Some objects move along a straight line, some move in a curved path, and some move in some other way. According to this, we can say that there are three types of motion. Which are given as:

What is Translatory motion?

Learn more about: Difference between uniform and non-uniform motion

What is Linear motion?

“Straight-line motion of a body is known as its linear motion.” 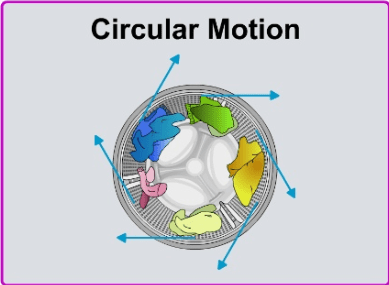 What is Rotatory motion? 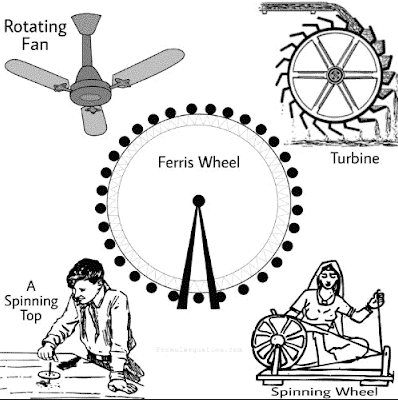 What is Vibratory motion?

“The motion of a body about its mean position is known as vibratory motion.” 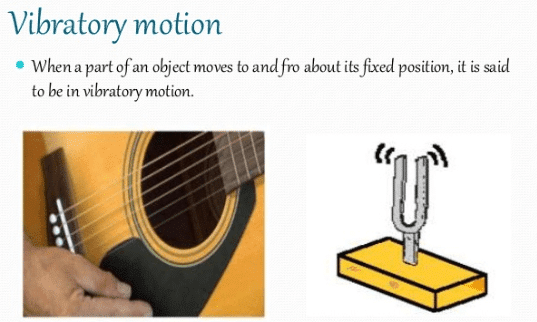 Difference between Dot Product and Cross Product in tabular form

law of Conservation of Momentum class 9