What is dual nature of matter?

Our mental views of waves and particles are drawn from familiarity with very large-scale objects such as tennis balls and ocean waves. Like paul Davies, physicist and science writer it is impossible to visualize a wave-particle so do not try what then are we to do?

It has been observed that phenomena like the photoelectric effect and the Compton effect could be explained if electromagnetic radiations were supposed to consist of packets of energy called quanta or photon which behaves like a particle and move through space with the velocity of light. On the other hand phenomena interference , diffraction and polarization could be explained if the light is treated as a wave phenomenon.

This particular fact led De Broglie to make 1924 a daring suggestion that if light which is known to consist of waves can under certain situations assume the aspect of a particle then the particle should also behave like a wave. He based his reasoning on the assumption that nature possesses symmetry and that the two physical entities matter and wave must be symmetrical also. De Broglie took the quantum idea of the emission of energy of a photon of radiation of frequency is given by: 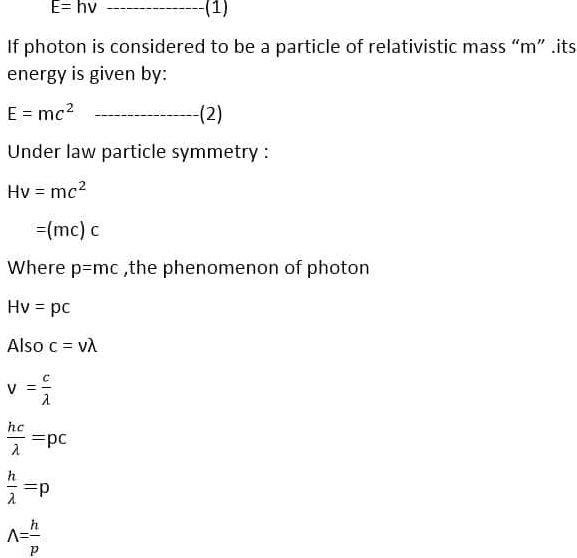 What is Photovoltaic effect?