What do you mean by gravitation or gravity?

Gravity or the Gravitation is the force of attraction between bodies, between the masses. Gravita 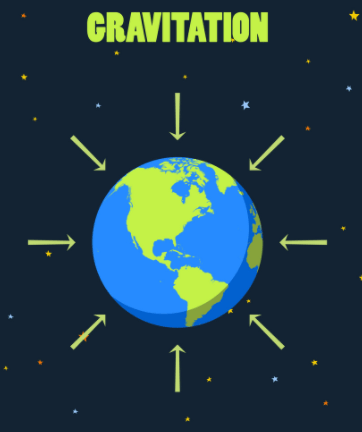 tion is the strangest of the forces of nature. We don’t know what it is. The two most important physicists in history (Isaac Newton and Albert Einstein) tried to understand gravitation and how it works, and they came up with the best theories to date. But they didn’t know what gravity is (Newton was asked about his theory and he said, “It doesn’t mean anything. The theory tells you how a body moves, not why”).

Our main goal is for students to understand the different concepts of gravitation as they have been proposed in the history of thought, with an emphasis on modern ideas: general relativity and the (future) quantum theory of gravitation. This is undoubtedly quite risky since we tried a high degree of understanding at 14/16 years of concepts that the authors found at university at 23/25 years while studying physics. But the challenge is worth it if we consider that Einstein’s theory of relativity is going to be a century old and that the successor theory seeks nothing less than the unification of the laws of physics.

From at least the time of the ancient Greeks, two problems were the subjects of searching inquiry:

In the early days, these problems were thought of as completely separate. One of newton’s great achievements is that he saw them clearly as aspects of a single problem and subject to the same laws.

What are some examples of gravitational force?

Here are some examples of the force of gravity:

The earliest serious attempts to explain the kinematics of the solar system were made by ancient Greeks. Ptolemy (Claudius Ptolemaeus, 2nd century AD ) developed a geocentric (earth-centered )  scheme for the solar system in which, as the name implies, the earth remains stationary at the center while the planets, including the sun and the moon, revolve around it. This should not be a surprising deduction. The earth seems to us to be a substantial body. Shakespeare referred to it as “this goodly friend, the earth…” even today, in navigational astronomy we use a geocentric reference frame, and in ordinary conversations, we use terms such as “sunrise” which implies such a frame.

Because simple circular orbits cannot account for the complicated motions of the planets, Ptolemy had to use the concept of epicycles, in which a planet moves around a circle whose center moves around another circle centered on the earth.

In the 16th century, Nicolas Copernicus (1477 – 1543) proposed a heliocentric scheme, in which the earth (along with other planets) moves about the sun. Even though the Copernican scheme much simpler than Ptolemy, it was not immediately accepted. Copernicus still believed in the sanctity of circles. And his use of epicycles and other arrangements was about as great as that of Ptolemy. However, by putting the sun at the center of things, Copernicus provided the correct reference frame, from which our modern view of the solar system could develop.

To resolve the conflict between the Copernican and Ptolemaic schemes, more accurate observational data were needed. Such data were compiled by Tycho Brahe (1546-1601) who was the last great astronomer to make observations without the use of the telescope. His data on planetary notions were analyzed and interpreted by Johannes Kepler (1571 -1630), who had been Brahe’s assistant. Kepler found important regularities in the motion of the planets, which lead him to develop three laws that govern the motion of the planets.

Kepler’s laws showed the great simplicity with which planetary motion could be described when the sun was taken as the central body if we give up the notion of perfect circles on which both the Ptolemaic and Copernican systems were based. However, Kepler’s laws were empirical, they simply described the observed motions of the planets without any basis in terms of forces. It was therefore a great triumph when newton was later able to derive Kepler’s laws, from his laws of motion and his law of gravitation, which specified the force that acts between each planet and the sun.

In this way, newton was able to account for the motion of the planets in the solar system and of bodies falling near the surface of the earth with one common concept. He thereby unified into one theory the previously separate sciences of terrestrial mechanics and celestial mechanics. The real scientific significance of Copernicus’s work lies in the fact that the heliocentric theory opened the way for this synthesis. Subsequently, on the assumption that the earth rotates and revolves about the sun. It becomes possible to explain such diverse phenomenon as the daily and the annual apparent motion of the stars, the flattening of the earth from a spherical shape the behavior of the trade winds, and many other observations that could not have been explained too easily in a geocentric theory.

The historical development of gravitational theory can be viewed as a model example of the way the method of scientific inquiry leads to insight. Copernicus provided and Brahe supplied systematic and precise experimental data. Kepler used the data to proposed some empirical laws, and newton proposed a universal force law from which Kepler’s laws could be derived. Finally, Einstein was led to a new theory that explained certain small discrepancies in the Newtonian theory.

There are three overlapping realms in which we can discuss gravitation.

The first man who came up with the idea of gravity was Isaac newton. It was an evening of 1665  when he was trying to solve the mystery of why planets revolve around the sun. Suddenly an apple fell from the tree under which he was sitting. The idea of gravity flashed in his mind. He discovered not only the cause of falling apple but also the cause that makes the planets revolve around the sun and the moon around the earth. This deals with the concepts related to gravitation.

The force of gravitation:

On the basis of his observations, Newton concluded that the force which keeps the moon in its orbit is of the same nature. He further concluded that there exists a force due to which everybody of the universe attracts every other body. He named this force the gravitation.

The gravitational potential V at a point is given by:

From the above equation (3), it is clear that potential V (r) is independent of the value of the test mass m0.

Difference between acceleration and velocity

What is difference between angular and tangential velocity?