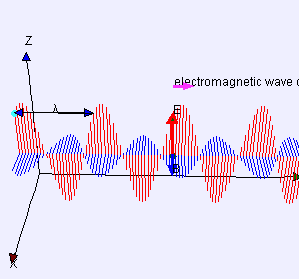 Thus each field generates the other and the whole package of the electric and magnetic field will move along propelling itself through space. 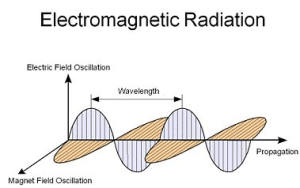 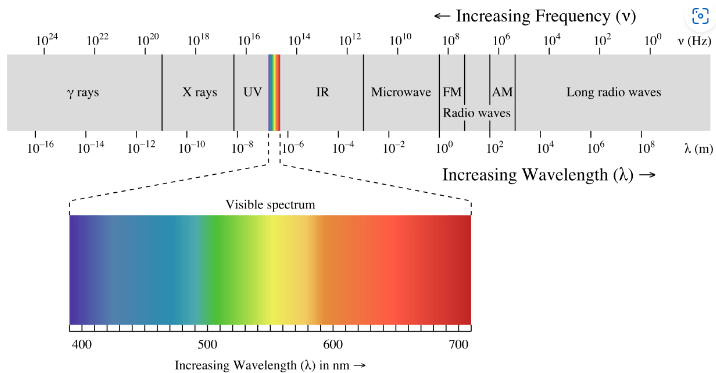 Principle of Generation Transmission and Reception of Electromagnetic Waves

We have seen that EM waves are generated when the electric or magnetic flux is changing through a certain region of space. An electric charge at rest gives rise to a Coulomb’s field which does not radiate in space because no change of flux takes place in this type of field.

A charge moving with constant velocity is equivalent to a steady current which generates a constant magnetic field in the surrounding space, but such a field also does not radiate out because no changes of magnetic flux are involved. Thus only chance to generate a wave by moving the field is when we accelerate the electrical charges. 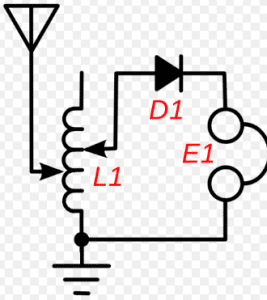 A radio transmitting antenna provides a good example of generating E.M waves by the acceleration of charges. The piece of wire along which charges are made to accelerate is known as a transmitting antenna. It is charged by an alternating source of the potential of frequency f and time period T. As the charging potential alternates, the charge on the antenna also constantly reverses.

For example, if the top has + q charges at any instant, then after time T/2 the charge on it will be – q. Such regular reversal of charges on the antenna gives rise to an electric flux that constantly changes with frequency f.

This changing electric flux sets up an electromagnetic wave that propagates out in space away from the antenna. The frequency with which the fields alternate is always equal to the frequency of the source generating them. These electromagnetic waves which are propagated out in space from an antenna of a transmitter are known as radio waves. In free space, these waves travel with the speed of light.

Suppose these waves impinge on a piece of wire. The electrons in the wire move under the action of the oscillating electric field which gives rise to an alternating voltage across the wire. The frequency of this voltage is the same as that of the wave intercepting the wire. This wire receiving the wave is known as receiving antenna.

As the electric field of the wave is very weak at a distance of many kilometers from the transmitter, the voltage that appears across the receiving antenna is very small. Each transmitter propagates radio waves of one particular frequency.

So when a number of transmitting stations operate simultaneously, we have a number of radio waves of different frequencies in the space. Thus the voltage that appears across a receiving antenna placed in space is usually due to radio waves of a large number of frequencies. The voltage of one particular frequency can be picked up by connecting an inductance L and a variable capacitor C in parallel with one end of the receiving antenna.

If one adjusts the value of the capacitor so that the natural frequency of LC circuit is the same as that of the transmitting station to be picked up, the circuit will resonate under the driving action of the antenna. Consequently, the C circuit builds up a large response of the action of only at radio wave to which it is tuned. In their radio receiver set when you change stations you actually adjust the value of C.

Gauss’s law and its applications

Types of electromagnetic radiation in order of increasing wavelength